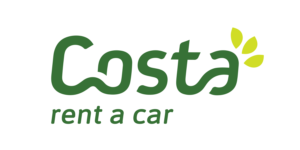 The Costa Rican Car Rental Association was formed on September 16, 1970 in order to establish a policy of mutual assistance and to avoid unfair competition between car rental agencies.

The Association became the official spokesperson for the common interests of the car rental agencies, and was further organized following the implementation of the Incentives for Tourism Development Law on July 5, 1985.

To represent and defend the legitimate interests of its partners, promoting principles aimed to make the provision of car rental offered by members to be carried out within a strict framework of ethical commercial practices.

The Costa Rican Car Rental Association represents most car rental companies in Costa Rica. All agencies receive the same benefits, regardless of their size or the presence of their brand. The most important of these benefits are highlighted below:

Sending newsletters with relevant information from the tourism industry, other chambers and various sources related to the sector

Participation in joint actions with the OIJ, Tourist Police and Association members to combat crimes against car rental customers.

Free participation in the study of car rental salaries sponsored by the Association.

Trade union representation on issues of interest to the car rental sector.